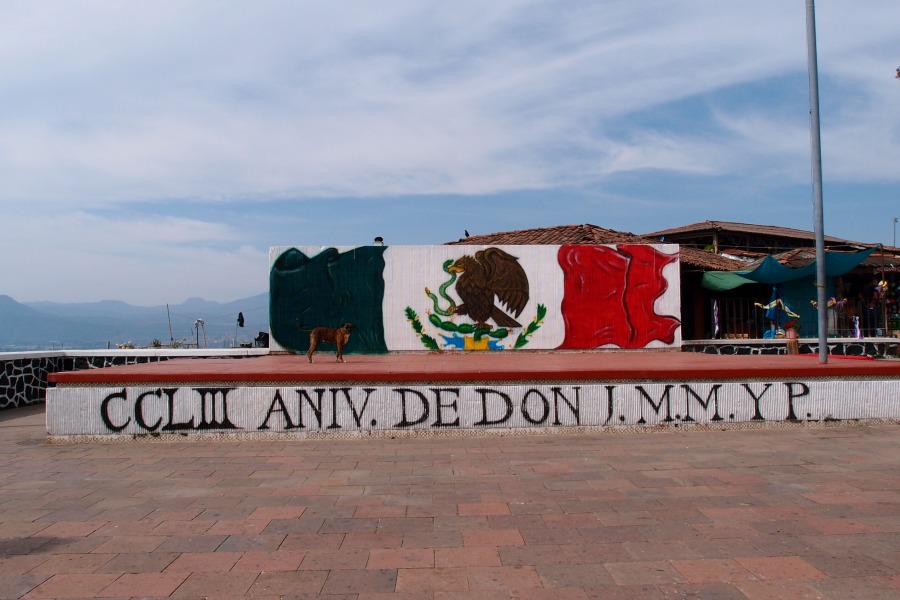 This post contains affiliate links where I will earn a small commission if you make a purchase through these links and will not cost you anything extra.

I bought this magnet from the Casa Azul in Mexico City. It was the late home of Frida Kahlo which is now a museum (free vitual tour in the link). It’s not very big but a very popular tourist stop in the suburbs of Mexico City. When everything is back to normal, remember to book your tickets in advance as all tickets are time stamped. The route through the home is one way and contains many of Frida’s personal items. There’s a store inside as well as another display on the other side of the courtyard with Frida’s outfits and and explanation of her wardrobe.

Frida Kahlo is infamous for her unibrow, flower crowns and choice of traditional Tehuana dresses. She’s depicted by these in modern art works of her. As I read about her life prior to my trip to Mexico and then after as well, it’s been interesting to learn that her choice of appearance was no accident. The Tehuana are a matriarchal society with famed embroidery techniques and are well known in Mexico for their independent and proud indigenous women.

Her surrealism works are filled with metaphors and changes throughout her life to reflect her inner world. Academically destined to become a doctor, this journey was brought to a halt when a bus accident occurred. She wore corsets for most of her adult life for ongoing back pain. She had a bad run in with her health- polio, vertebraes displaced and then later amputation of a leg due to gangrene, an abortion and appendectomy.
She married Diego Rivera (another Mexican artist) but their relationship was riddled with affairs and they ended divorcing.

To me, she is a poster woman for strength. Despite her ill-fortuned health, she continued doing what she loved, was unapologetically herself and stood up for what she believed. She was also politically active, bisexual and an international woman. Given she was alive in the early 20th century, she was really quite progressive for her time.

For the definite lovers, how about this 1000 piece puzzle which features her paintings as well?

Follow Lingo in Transit on WordPress.com
Join 1,008 other subscribers

Unauthorized use and/or duplication of this material without express and written permission from this site’s author and/or owner is strictly prohibited. Excerpts and links may be used, provided that full and clear credit is given to Lingo In Transit with appropriate and specific direction to the original content.
Disclaimer This blog contains opinions of my own and does not reflect the views or opinions of any company mentioned. This blog also cannot guarantee that you will have a great travel experience in any of these countries or on any of the tours that are mentioned. This blog is not responsible for the failures or actions created by third parties.
Loading Comments...